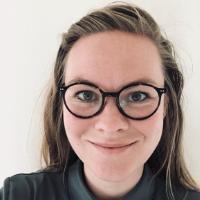 I am working on a PhD as a part of the research project Archeology of the Female Intellectual Identity (Denmark and Germany, 1650-1800). The main aim of the project is to explain and criticize the underrepresentation of women in academia and specifically in the field of philosophy. In order to do this my colleges and I are researching a historical text tradition that has been virtually overlooked in the study of the history of philosophy, namely the catalogues and lexica of learned women. These catalogues contain an abundance of references to leaned women in the early modern period that are skilled in fields of theology, law, the arts and philosophy.

My project is focused on the German context. The central aims of my research are 1) to put the texts belonging to this genre under systematic philosophical investigation and make the content of these studies available to the academic public, 2) to reveal the assumptions about women intellectuals that were dominating in the early modern period, and figure out how they have played a role in the formation of a female intellectual identity. 3) And to determine whether any negative notions of female intellectuality and prejudices about women as a group have persisted to this day and continue to hold women back from contributing to the philosophical canon.