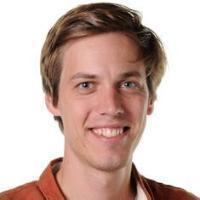 After MA studies in Aarhus (History of Ideas/Greek) and Oxford (Ancient philosophy), I received my PhD (Philosophy) from Humboldt-Universität zu Berlin in 2014. Since then, I have held postdoctoral research fellowships at University of Copenhagen (Dept. of Greek and Latin; 2015-17) and Durham University (Dept. of Classics and Ancient History; 2018-19).

My primary research interests lie in the field of ancient moral and political thought, broadly construed. I have written on topics such as epistemic democracy in Greek political philosophy, the rule of law in Plato and Aristotle, and the legal theory of Hippodamus of Miletus.

I am currently working on two separate (though interrelated) projects. The first project is focused on the fragments of the unknown author traditionally referred to as 'Anonymus Iamblichi' (DK 89). The fragments, preserved in a work by Iamblichus but dated to the classical period, contain a series of fascinating reflections on the proper cultivation of virtue, social benefaction, trust, and economic flourishing in a democratic society. However, despite their indubitable interest and importance for understanding pre-Platonic moral and political thought, the text of Anonymus Iamblichi has received surprisingly little attention by scholars of ancient philosophy, especially in the Anglophone world. The aim of the project is to compose the first book-length philosophical and historical commentary in English on the text of Anonymus Iamblichi, including a thorough reassessment of the delineation of the fragments and an essay on the question of the identity and intellectual context of the unknown author.

The second project, which is still in its early, preparatory phase, focuses on the emergence of trust (pistis), confidence (tharrein) and security (asphaleia) as central values and ideals in Hellenistic ethical and social thought.

I offer supervision in topics within the field of History of Philosophy, especially ancient and medieval authors.